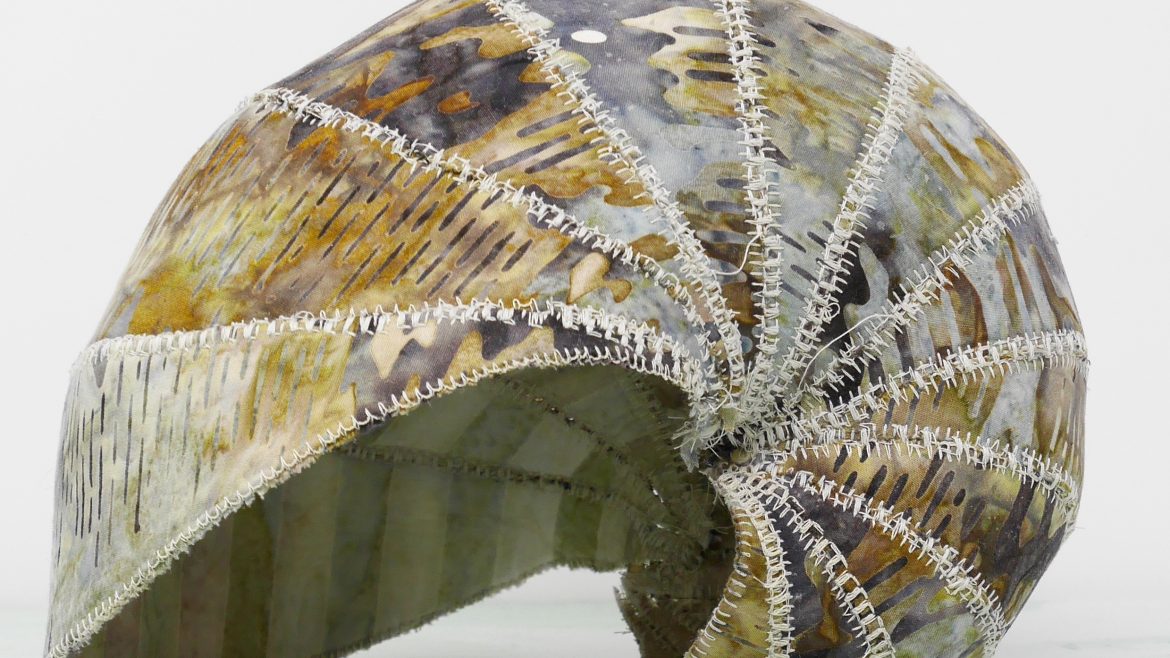 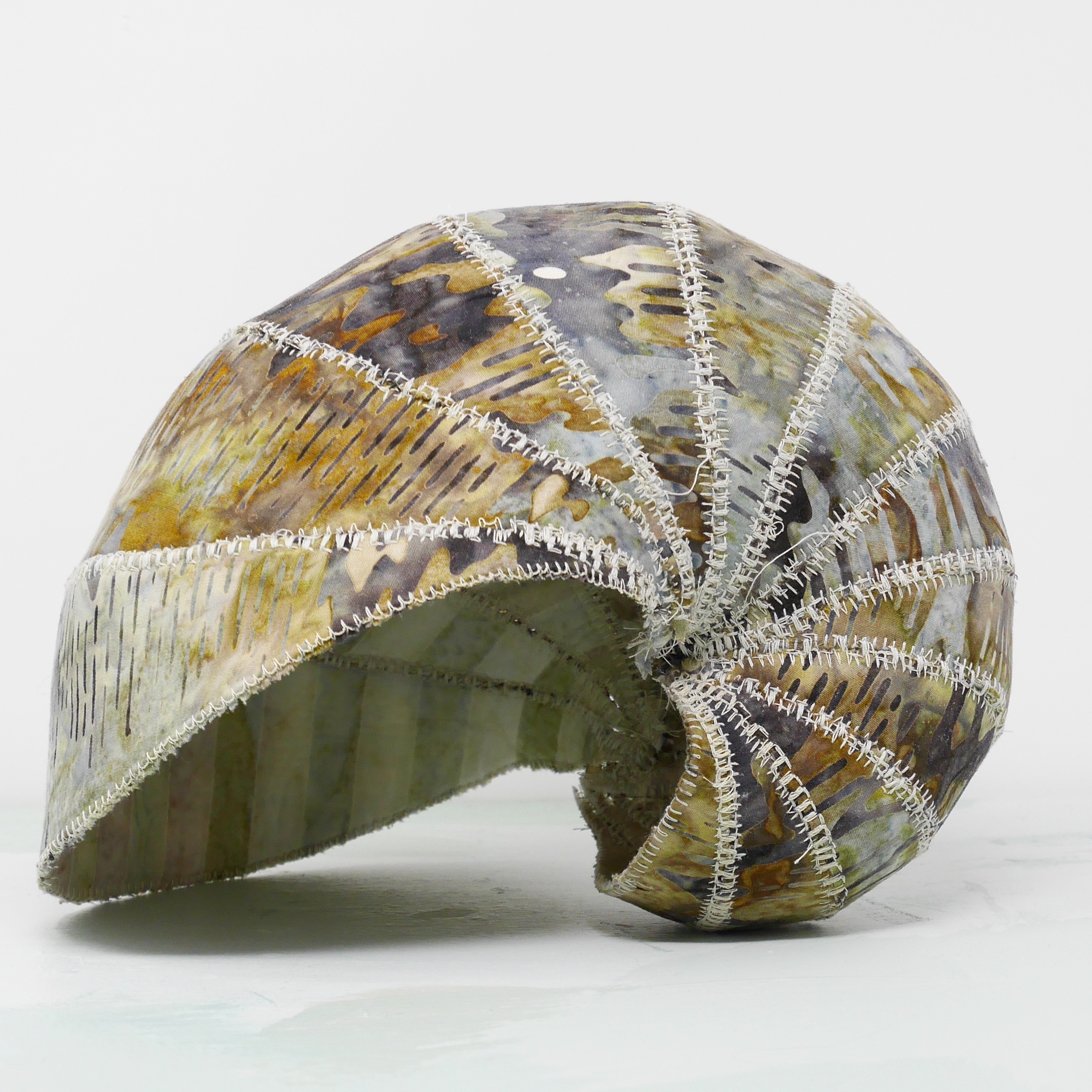 I’m pretty excited to present my latest design, a 3-dimensional nautilus!  This guy was pretty challenging, since I had to figure out a means to pattern it and sew it so it would retain its interesting shape. For the patttern,  I delved into the world of Blender–a free software that is used for 3d graphics. Sea shells can be described by mathematical equations–essentially, each point on the surface of the shell has an equation that describes the x,y, and z, coordinates.  Blender has a surface equation add-on that I was able to use to generate the sea shell shape.  Then, it’s a matter of specifying where the seam lines are and Blender will generate a pattern like so: 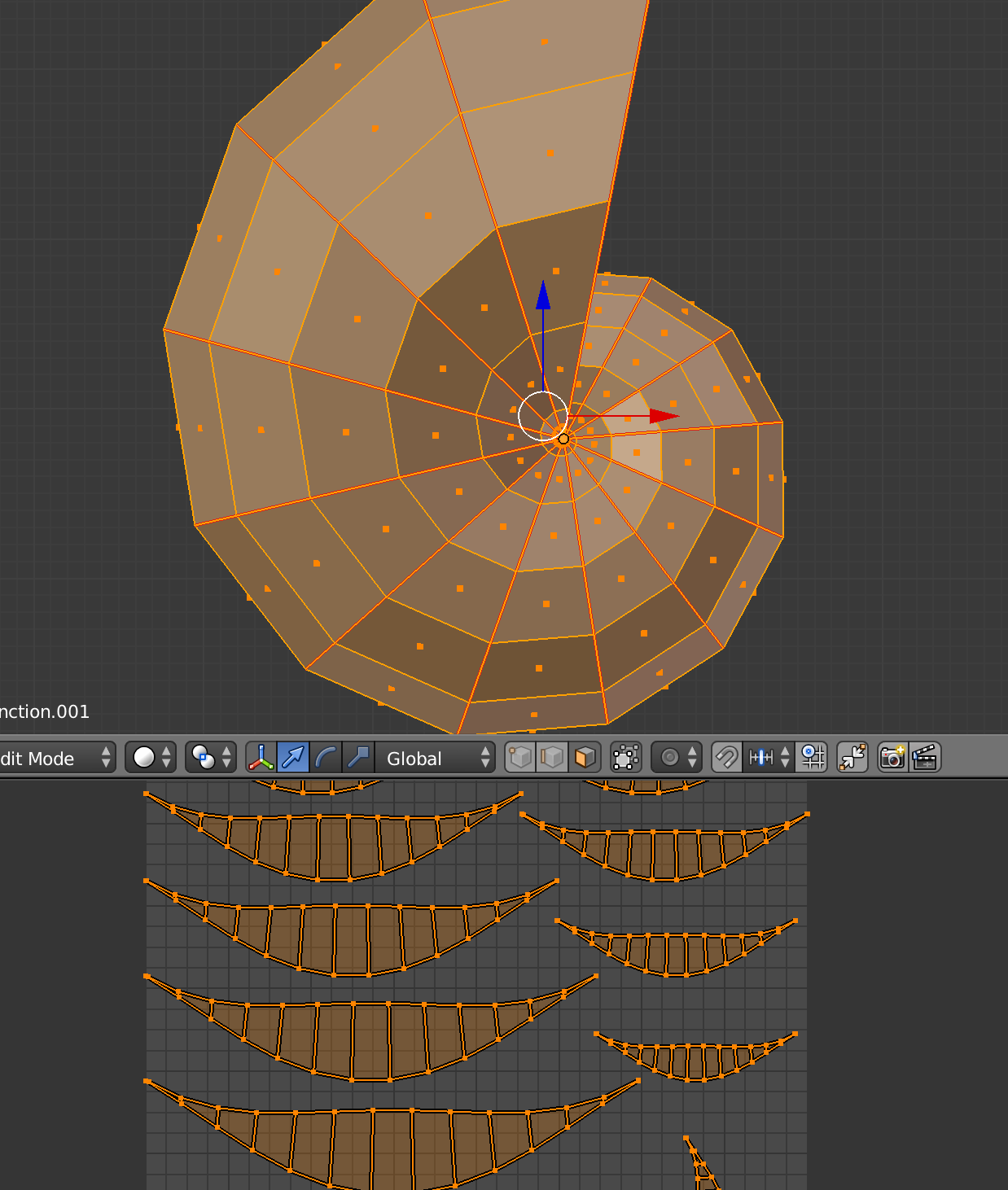 This is pretty much the holy grail as a soft sculpture and toy designer–going from 3d to 2d with the click of a button.

I experimented with methods for stitching it up.  I knew the material had to be able to hold its shape.  My first attempt was out of a stiff canvas material.  Unfortunately, the seams were quite bulky and the precision of the shape was lost a bit in translation. I then turned to an ultra thick fusible intefacing (like this one) that I’ve used in previous projects.  After cutting out the shapes sans seam allowance, I fused batik quilting fabric to the interfacing.  My interfacing had only one side with fusible material on it; for the other side, I used to a glue stick to adhere material to it.  I then finished each piece with an overcast stitch on my sewing machine.  Finally, I joined the pieces together with another stitch that looks like a ladder.

Here are a few more views: 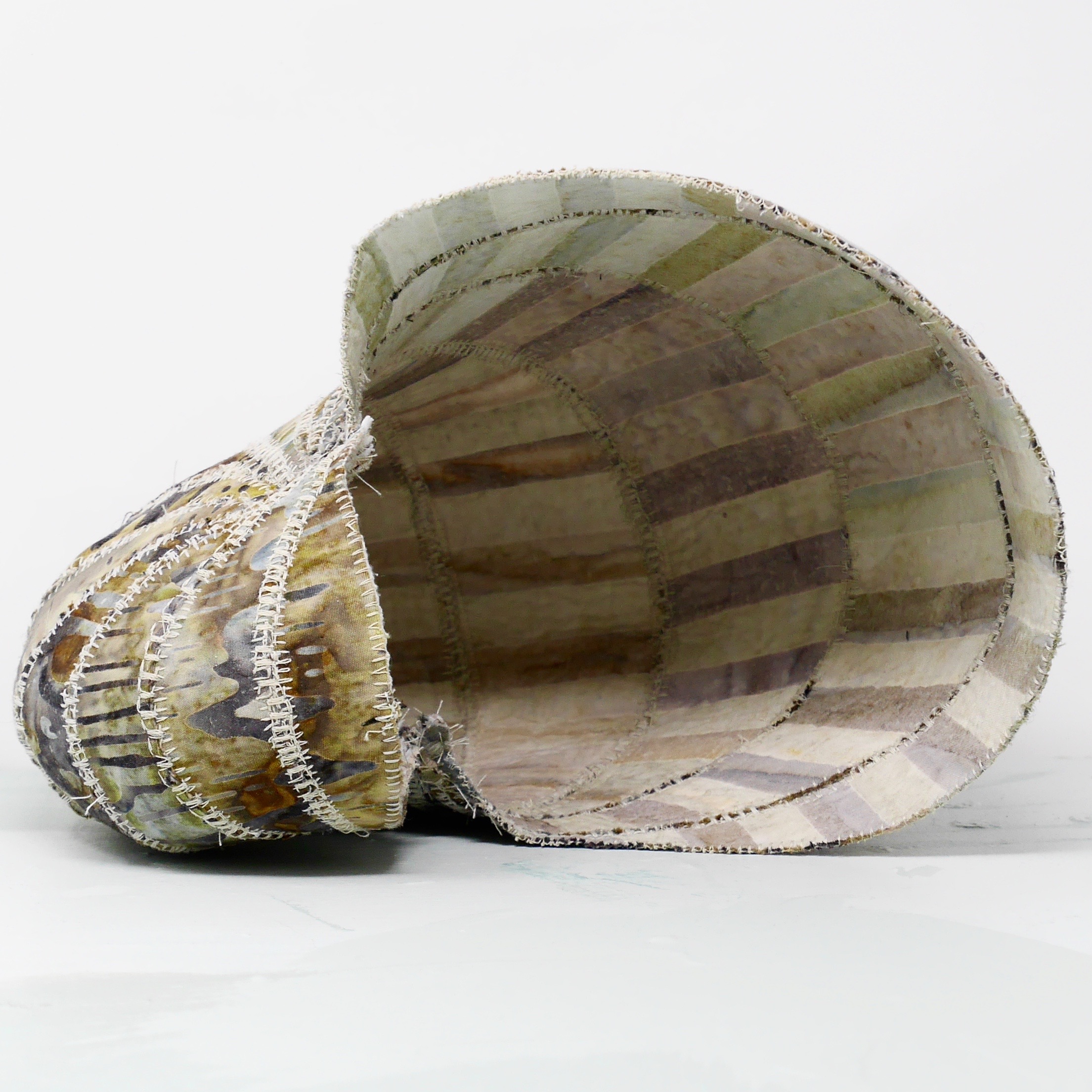 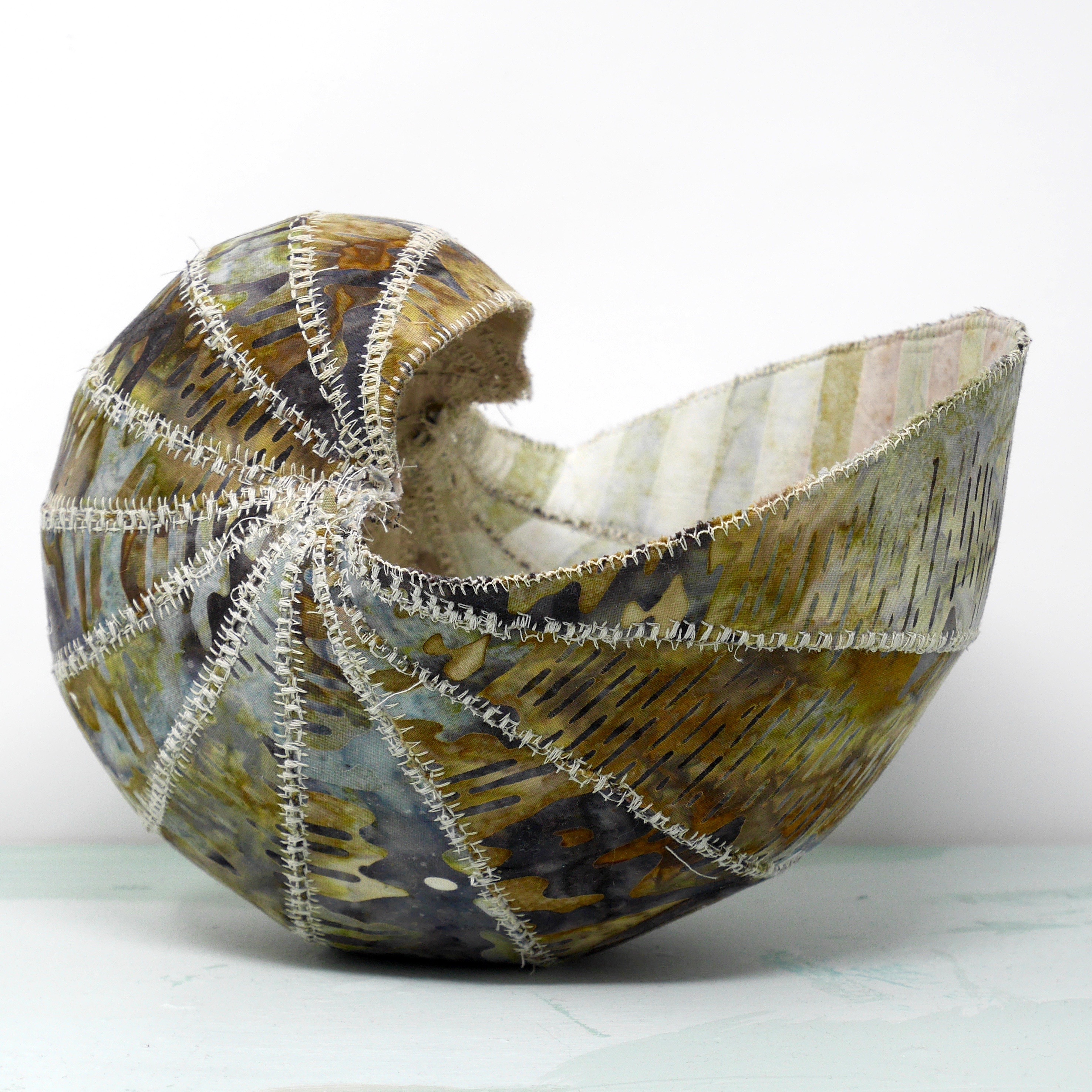